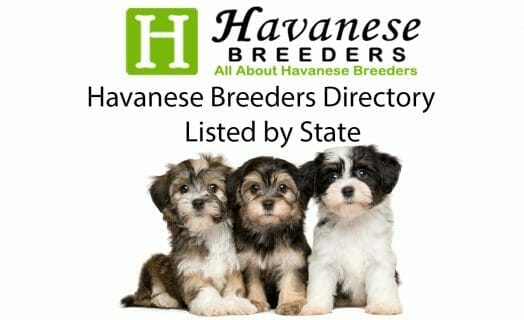 The Breed History
The Havanese dog is thought to have originated on the Isle of Malta two thousand years ago. Tenerife dogs were the ancestors of the Bichon family of dogs. Those dogs that were later exported to Cuba were the seed stock for the modern Havanese breed. These dogs are designated “National Dog of Cuba”. Queen Victoria and Charles Dickens owned Havanese dogs. The modern breed that is distributed outside of Cuba derives from just eleven dogs that served as foundation stock. The Havanese is considered a rare breed.

Breeding for Function
Companionship has been their primary purpose, though because of their willingness to please and their intelligence, these dogs have been applied to obedience work.

Physical Characteristics
Height at Withers: 9-10.5″ (23-26.5 cm).
Weight: 8-11 lb (3.5-5 kg).
Coat: The silky double coat consists of soft short undercoat hairs covered by a profusion of long (6-8″ or 15-20 cm) soft hairs. The outer coat hairs may be straight, curly or wavy. The waviest coats cord naturally. Only foot hair trimming is allowed for showing. Many colors are acceptable including black, blue, silver, gold, cream, white, champagne and chocolate or these in bi- or tri-color combinations. The hair over the eyes is very long, covering them fully if not combed back.
Longevity: 12-15 years
Points of Conformation: The Havanese dog is similar to the Bichon in build with long back, short legs and a profuse soft haircoat. Their gait is characteristically springy and the plumed tail is curled over the back. Eyes are almond shaped, dark brown, large and have darkly pigmented palpebral rims. Ears have long feathers and are medium in size and folded, with moderately pointed tips. The skull is broad, slightly rounded, the stop is moderate, and the muzzle tapers. The button nose is very large and black, though in chocolates, the nose is self. The neck is moderate in length and muscling, and the topline is level, though over the croup it rises slightly to the high set tail. The tail may drop off the back when resting. The thorax is of moderate depth, with well-sprung ribs. Front and rear dewclaws may be removed, limbs are straight boned, and the feet have well developed pads; toes are well arched up. 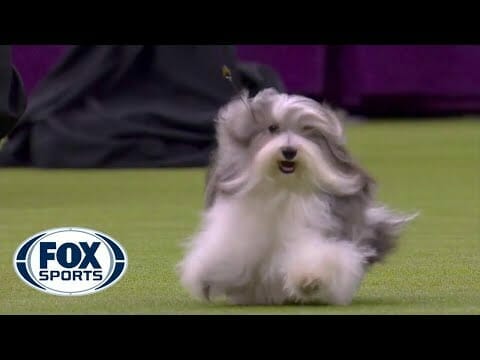 Bono the Havanese Best in Show 2020 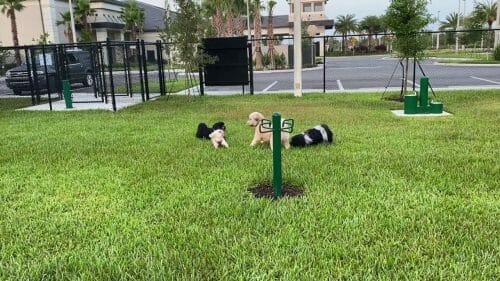